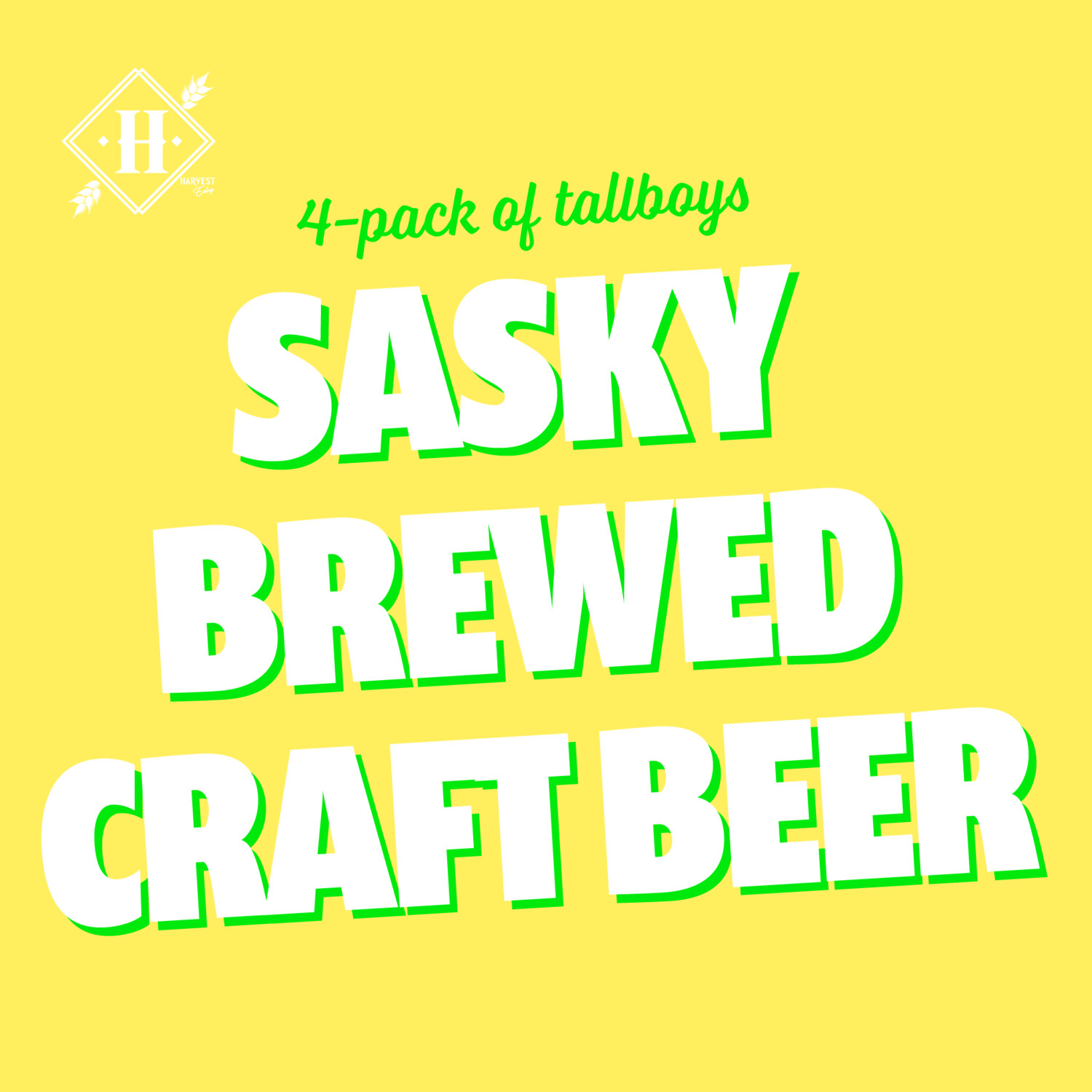 Take home or have us deliver some of the best beer made right here in our own backyard! We love to support those local Saskatchewan business' that represent the best of what we have to offer in this beautiful province. These two brewers have partnered with us for a number of years and we are proud to serve their amazing products!

Founded in 2014, Black Bridge Brewery makes award-winning, hand-crafted beer in the rolling prairie hills of southwest Saskatchewan. Their mission to create a better beer through artful attention to detail has always remained strong and we are proud to call them partners and help promote the amazing beer they make!

Like the beer which has become its namesake, the bridge it was named after serves as a humble but beloved icon for those in the area, and one whose spirit is reflected in our values as down-to-earth, strong, honest and proud to represent Saskatchewan brewing.

At Rebellion Brewing, there’s only one thing that counts: well-crafted, freshly brewed beer.

Rebellion Brewing rolled out its first beers in November 2014 and has a 20 hectolitre brewhouse which produces the equivalent of 6,000 bottles of beer. Their focus is on locally sourced products, from the lentils in their flagship beer, to the oak barrels used for aging and the cherries and honey in their mead. They don't just talk the talk, they walk the walk and the quality and flavor produced in each and every can shows it.

*** OFFERINGS MAY CHANGE WITHOUT NOTICE DUE TO AVAILABILITY***

Save this product for later
Display prices in: CAD